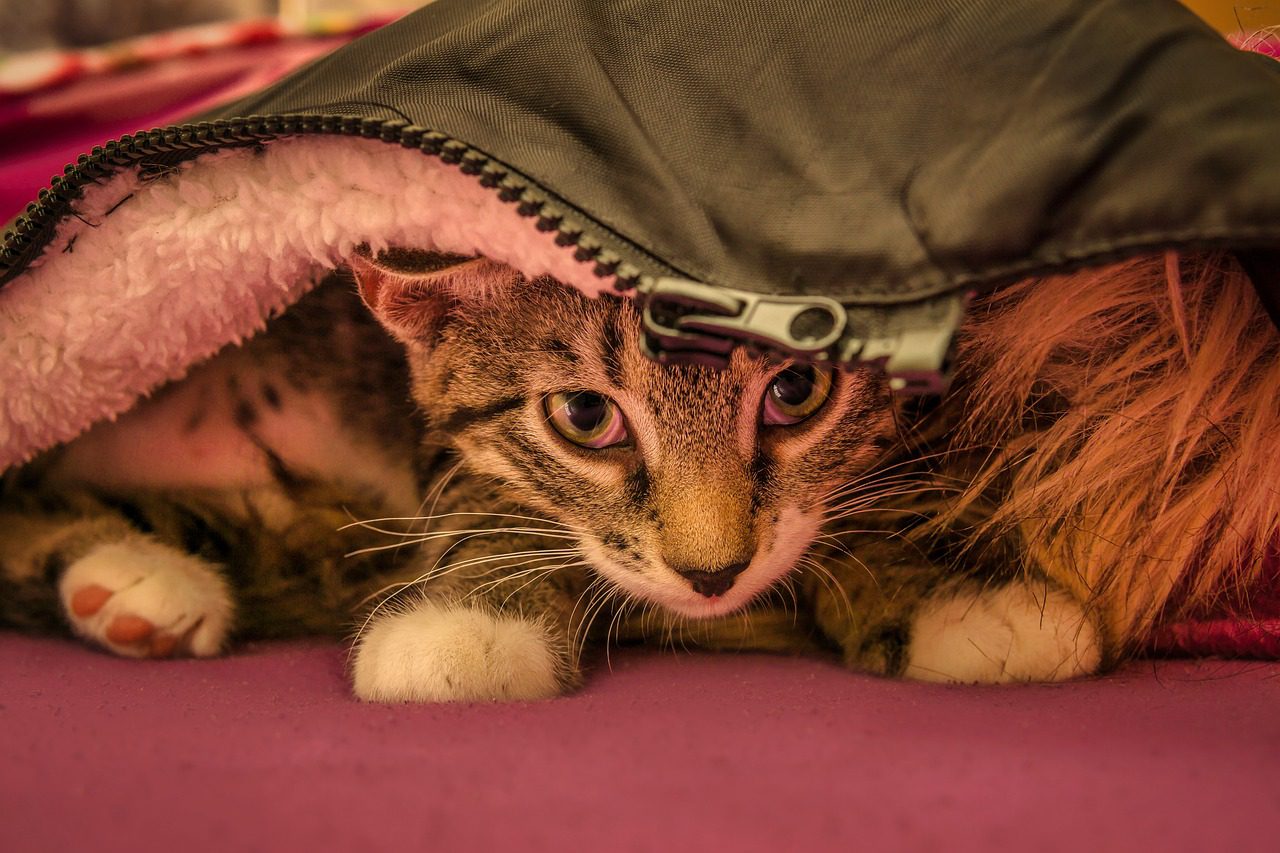 It’s nearly bonfire night, and we are allowed to go out and enjoy those fireworks again.

It feels so great to be free to celebrate (safely) again. But do remember that for pets, fireworks and the whole mad Sussex celebrations can be upsetting.

One particular challenge is having a vet’s appointment after dark on 5th November. I have often had pet owners contact me after dark on bonfire night to rearrange a routine appointment because their pet was having a meltdown, or they have forgotten that they cannot use their vehicle due to a parade going past.

Occasionally cats have simply gone AWOL, presumably hiding out during the scary season, only to jauntily return the next day as if butter wouldn’t melt.

In years gone by, I was in the habit of allowing my two terriers some freedom in the Clinic’s back garden whilst I was working.

One evening I finished up the late shift as usual, and went to call the dogs in ready for the homeward commute, but only Bella appeared. Where was Pip?

A thorough search did not locate him, I became more and more desperate.

Finally, I phoned the local police station, and to my immense relief he had just been handed in safely. A good samaritan had spotted him running loose on the pavement, and had picked him up. I was able to reclaim him, but I was terribly embarrassed.

Every time there was some local fun and fireworks, he scrabbled over that gate. Then he was off, running as if the apocalypse was after him.

Poor fellow, he did hate those crackers.

If your dog or cat is also a bit noise phobic, we do have plenty of potential solutions for you.

Note in particular that both Lindfield and Lewes are celebrating on Friday 5th November, and Cuckfield’s excitements are on 6th November.

So next year, If you need short-term sedatives, or a more long-term plan to help your pet become desensitised to fireworks, let your vet know, or email us at enquiries@themewes.co.uk and we can send you more information.