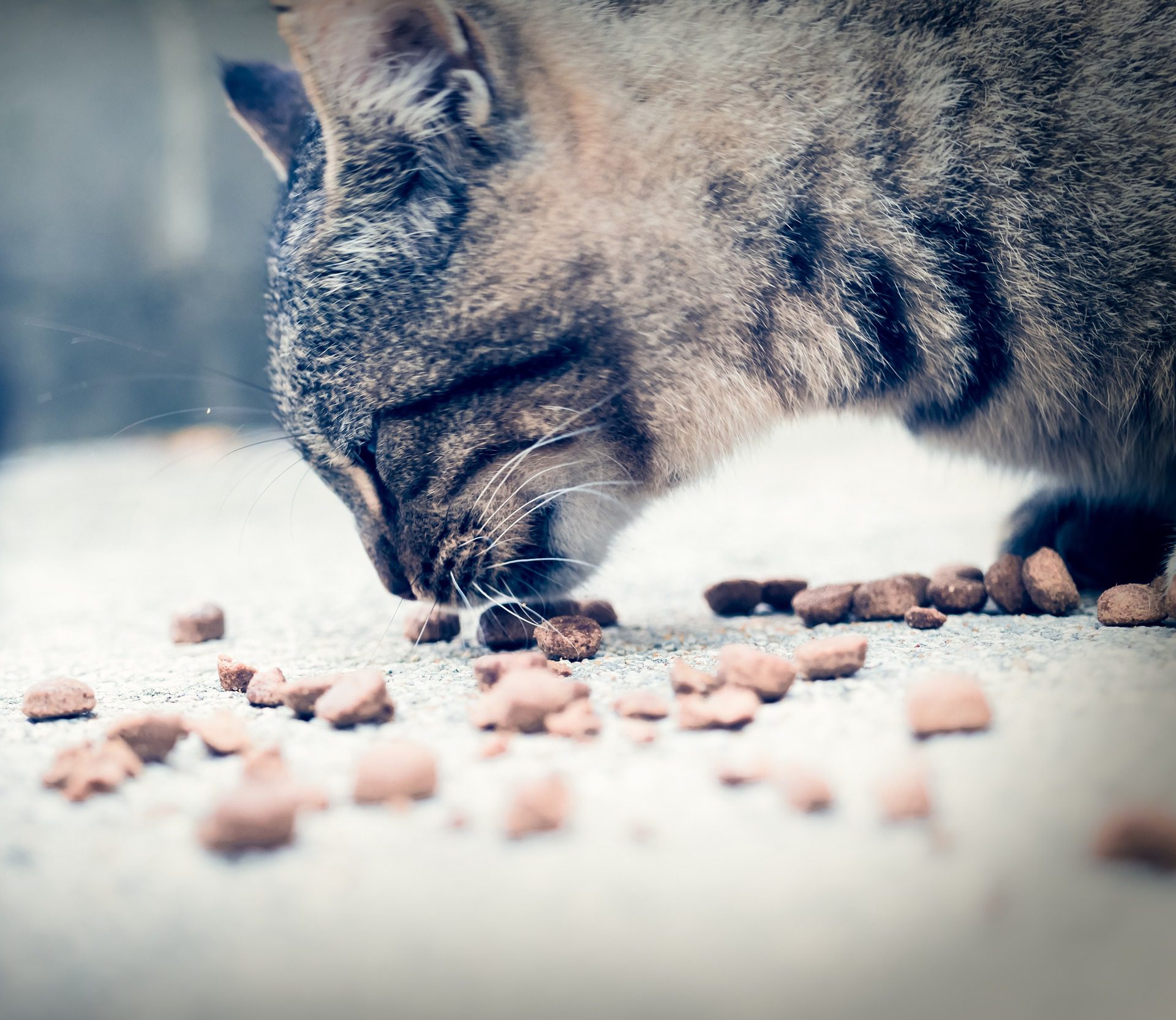 Last month the Royal Veterinary College (RVC) recognised that there was a sudden increase in the number of cats they were seeing with a usually rare condition called pancytopenia.

The RVC is a centre for veterinary research, as well as where the London university vet students are trained.

To date, around five hundred cases have been recorded, but this may be far fewer than the total, as we cannot be sure that others were out there, but have not been recorded.

Very sadly this disease, which is not yet fully understood, has a fatality rate of over sixty percent.

The RVC traced a connection between these cats to certain food brands, which have now all been voluntarily withdrawn.

You have probably already done this, but if you have any of these cat food brands in the back of your cupboard, please do check the batch numbers and dispose of them. Do not feed them to your cat.

Pancytopenia translates to ‘pan’ for ‘all’; ‘ cyto’ for ‘cells’ and ‘penia’ for ‘too few’. It means that patients have too few red and white blood cells, as well as too few platelets for clotting. Without these cells a patient is at risk of clotting disorders, which means bleeding occurs more easily; plus anaemia, so not getting enough oxygen; and immunosuppression, or inability to fight infection.

If your pet had been affected, you would have already recognised signs of weakness, and a reluctance to join in or go about their normal routine. Sadly over sixty percent of those affected have died, often following quite obvious haemorrhages.

As a GP vet, I am fortunate to have checked several cats who were being fed one of these diets, but none were affected. However, I have local colleagues who have sadly seen case.

Although the RVC still cannot yet tell us why this happened, my hope now is that, as all affected brands and batches have hopefully been removed from the shops, I will never diagnose this in one of my patients.