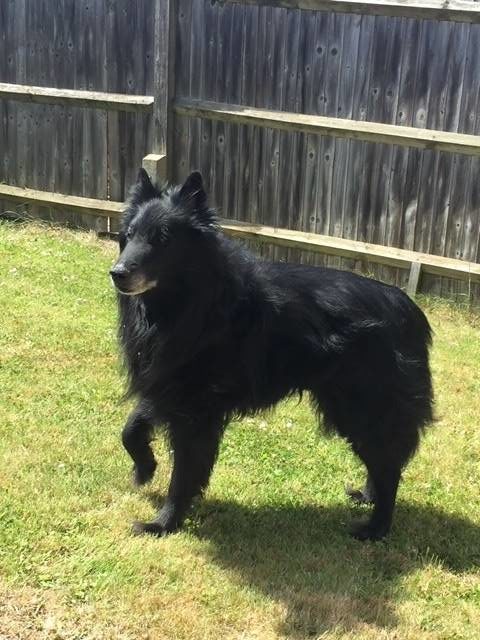 Whenever I see a message like this on my appointment list, I know I have a serious situation

So I had no problem going out to meet Barney’s family in the car park. After all, it’s not easy

to carry a twenty-five kilo Belgian Shepherd into the Clinic.

I imagine that Barney’s family were steeling themselves for the worst. He was already over

fourteen years old, but I had a pleasant surprise when I got to the car.

Barney was clearly suffering from vestibular disease. So I knew that he had every chance of

recovering in just a few days.

Vestibular disease is a term that describes a sudden loss of balance that is non progressive,

ie not getting worse over a few hours. The vestibular system is the parts of the brain and

middle ear that allow us to maintain normal balance.

When I see a dog with vestibular signs, I am always reminded of the symptoms of having

drunk one too many. If you watch their eyes carefully, it’s as if the world is spinning for

them. They cannot remain standing up, or if they can, they may turn in circles. They often

Perhaps some of this sounds familiar? Obviously I have only read about feeling like this, but

for some reason the interior of my student bar always comes to mind when describing it.

Alcohol has the same effect on a person’s balance as vestibular disease has on a dog’s.

very often it is idiopathic. This medical word means that there is no known cause, it just

back to his old self again, or near enough, within just a few days.

So we gently got Barney out of the car, and I spent some time describing how to nurse him

and help him to walk whilst his legs were wobbly.

I arranged medication to support him, and was delighted to hear a few days later that he

was improving, as predicted. He is still an old fellow, but at least he will get to stay part of a

loving family for a little while longer.