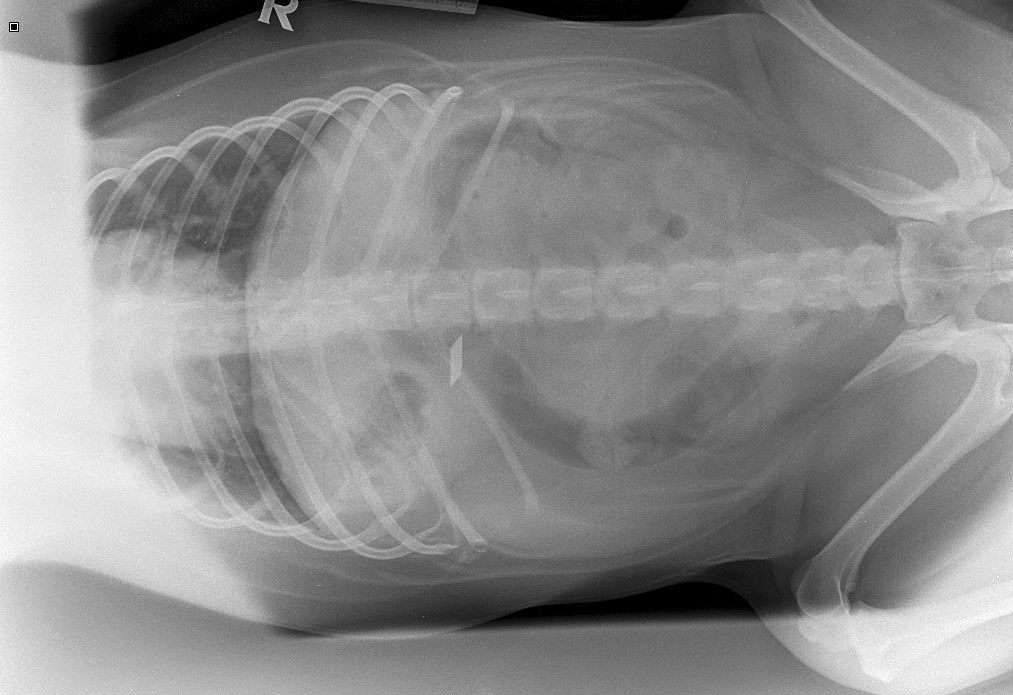 “Help! He has swallowed a razor blade!”

These are not words you really want to hear. My mind had no trouble imaging all kinds of wounds and nasty outcomes of that error.

It seems that Harry just could not help himself.

As a biscuit loving hound, when his owner was excitedly opening a parcel, he mistakenly assumed she was opening a tasty treat packet. A loose piece of the device she had ordered slipped through her fingers, and he had gobbled it up before even asking himself whether or not it was edible.

Harry’s owner could not believe her eyes. She checked the device, which was for her crafting project, and the only piece missing was a small wickedly sharp razor blade. She knew to bring him to us at once.

Incredibly, an x-ray confirmed an object of the same rhomboid shape and size was present in Harry’s stomach.

I checked him carefully for signs that he had cut himself as he swallowed it and for internal bleeding, and was delighted to find that so far he still seemed to be safe. But I was aware that as his body attempted to digest the ‘treat’ it could cut him again and again.

We made the necessary emergency call to bring in our travelling endoscopy specialist.

When she saw the x-ray, she could hardly believe that Harry had managed to pick up and swallow such a fine piece of metal.

Under anaesthesia she inserted her endoscope down into his stomach.

There was a moderate amount of food in there, which had possibly protected Harry’s innards, but made locating the missing blade quite a challenge.

It took over an hour of very careful searching to find and then gently extract the blade. Due to its rhomboid shape, it had two very sharp points, as well as two sharpened long edges, so we were extremely anxious not to have it progress into the intestine, or do any damage as we eased it back up to the mouth and out.

I had heard of the phrase ‘searching for a needle in a hay-stack’, but this is the nearest I have ever come to actually doing that. 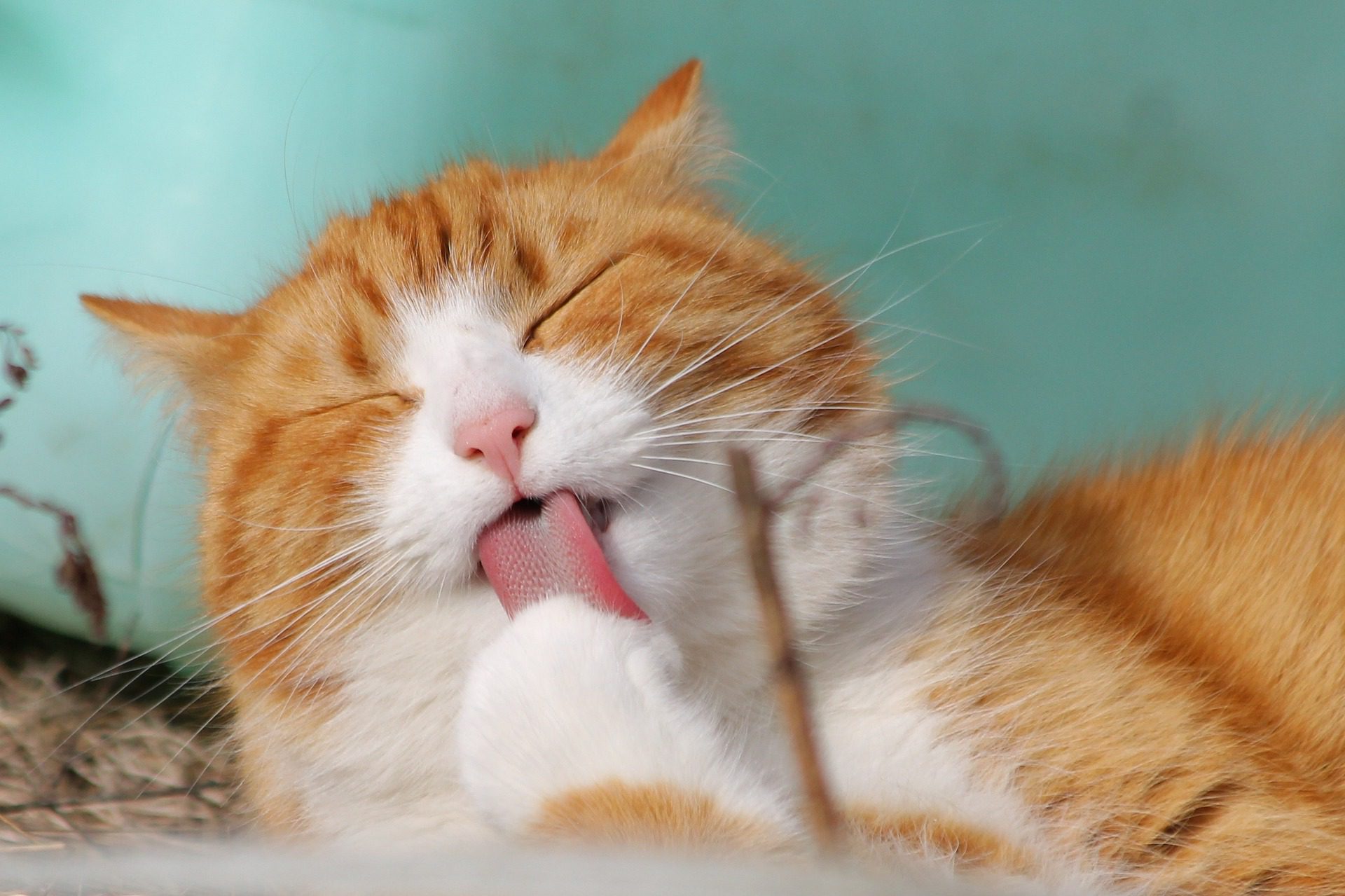 Margot was a timid cat, who had recently been rehomed. “She keeps peeing on our bed!” they told us. 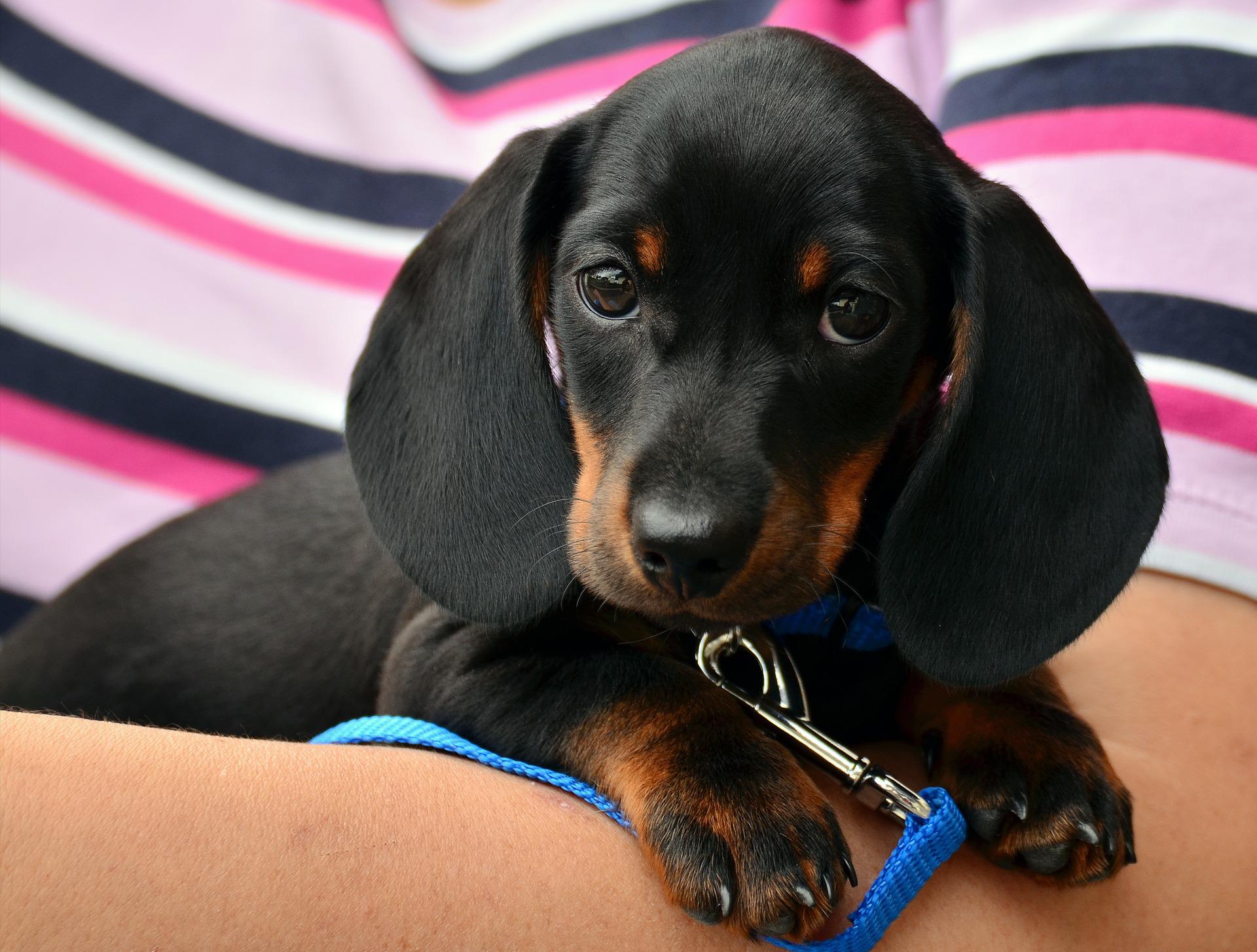 What do you do when Russian soldiers invade your home? For Nikolay*, the answer was to put his girlfriend, 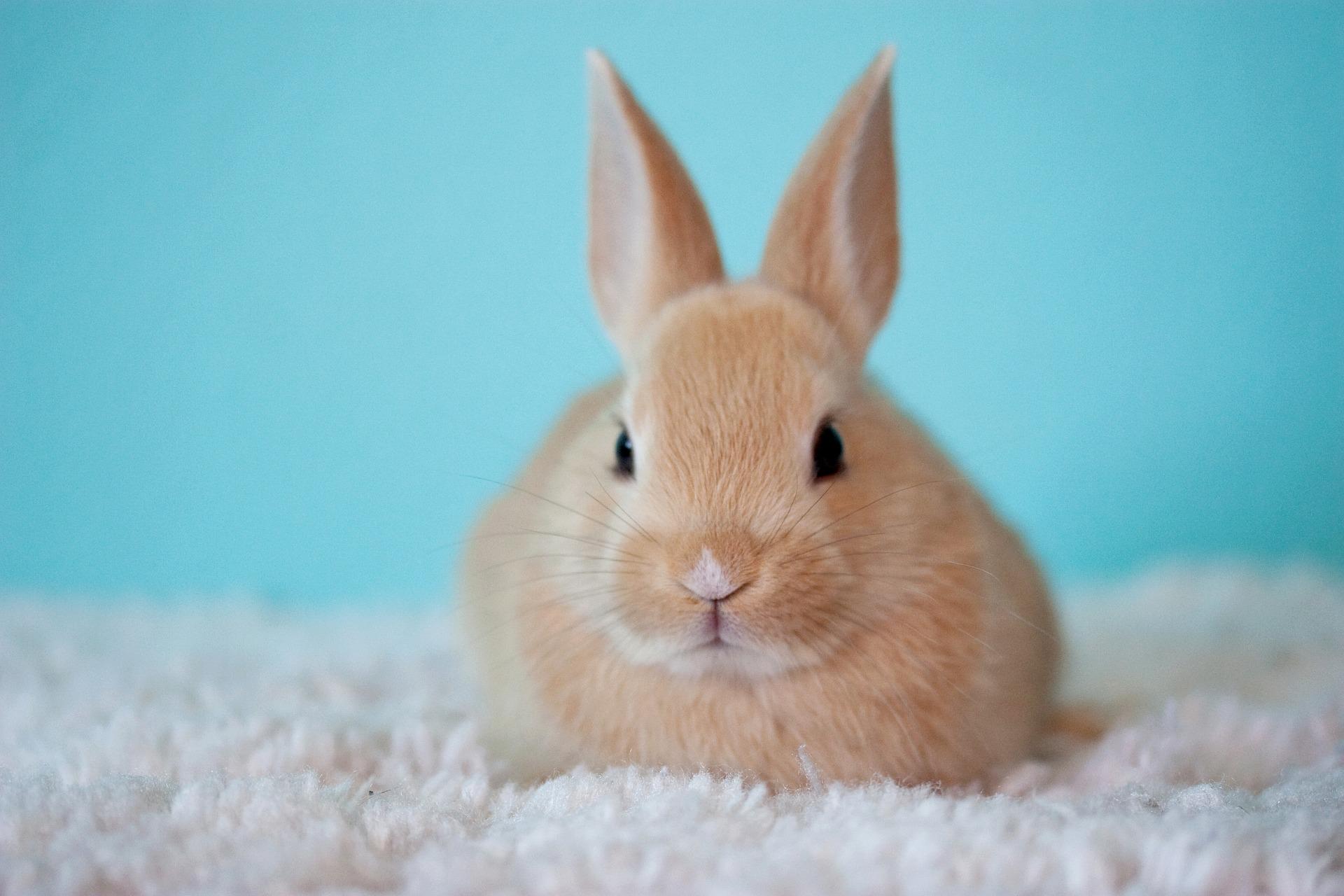 This week is rabbit awareness week. It is organised by the Rabbit Awareness Action Group (RAAG), who are ‘the