How to preserve a pug’s eye? 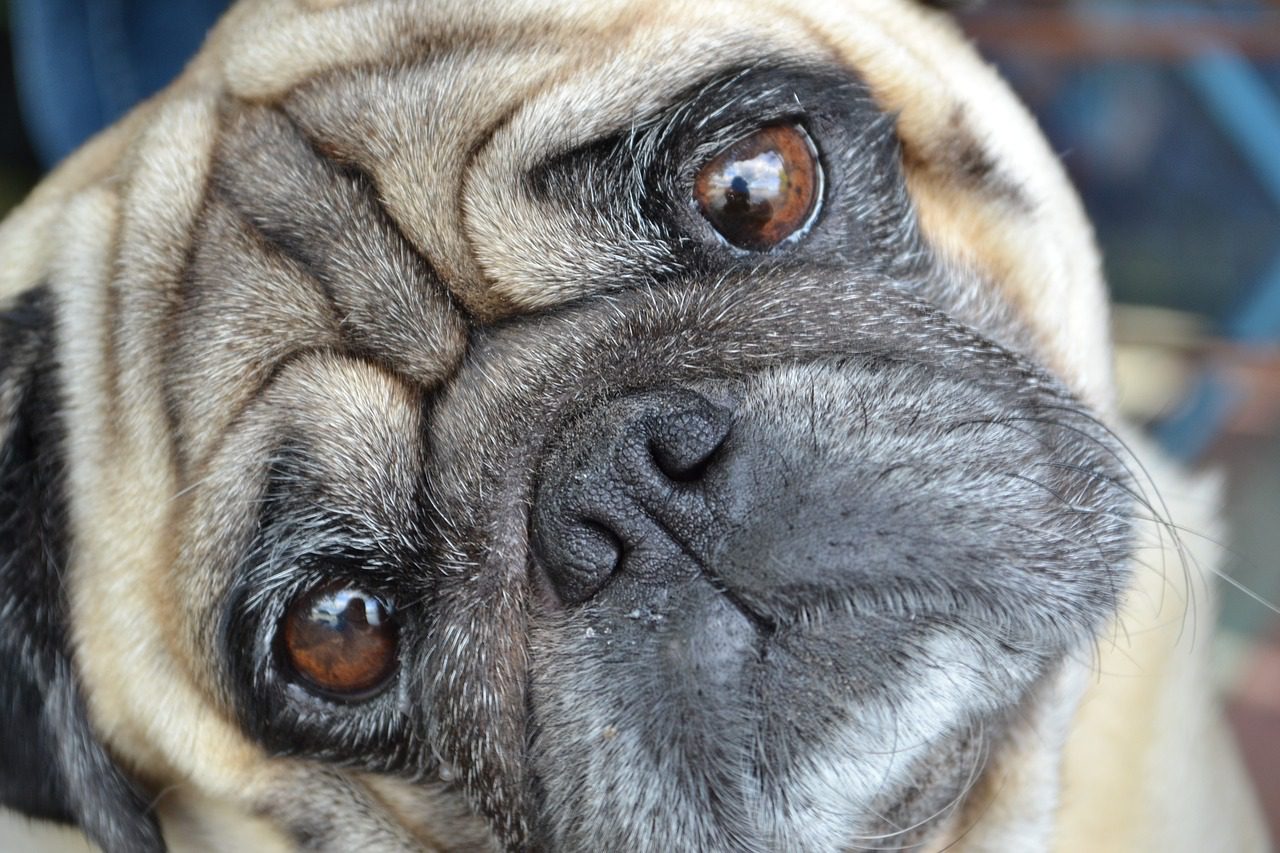 Eyes are special in so many ways.

And for a pet to lose an eye feels like a real fail.

We tried so hard to save Robbie’s eye, but in the end, it was too badly damaged and he was in such pain, we knew it could not be saved.

Robbie is a gorgeous cuddly Pug.

Twice before, in the early summer, Robbie had experienced a corneal ulcer, and on both occasions, with considerable support, we had saved the eye each time.

But not this time.

The cornea is the outermost transparent surface of the eye, where you rest your contact lens.

Each time Robbie started a corneal ulcer, we had no idea why the surface of his eye had become damaged. We suspected he had caught it on a thorn, or banged it somehow.

I was absolutely determined to save his sight, but how?

I contacted a specialist several times, reviewed all our records about how we had managed his ulcers each time, and came up with a plan.

Regular readers will know that we sometimes use the liquid or serum from a pet’s own blood, after the cells have been removed, as a special bandage dropped onto a damaged eye. But once a pet has a corneal ulcer, it is important to avoid upsetting them. Raising their blood pressure, for instance to collect a blood sample, could cause the eyeball to perforate.

So I proposed that every three months, whether Robbie had an eye problem or not, he should come in and give blood. We separated the cells off, and froze the serum for his owner to keep safely at home, always available as soon as an eye problem showed itself.

We also made sure that they always had ready a spare unopened bottle of the best eye drops, and a buster collar, so that if injured, he wouldn’t rub at his sore eye. He has had several ulcers on his remaining eye since, but so far, touch wood, with good teamwork and communication, we have kept his remaining eye safe.