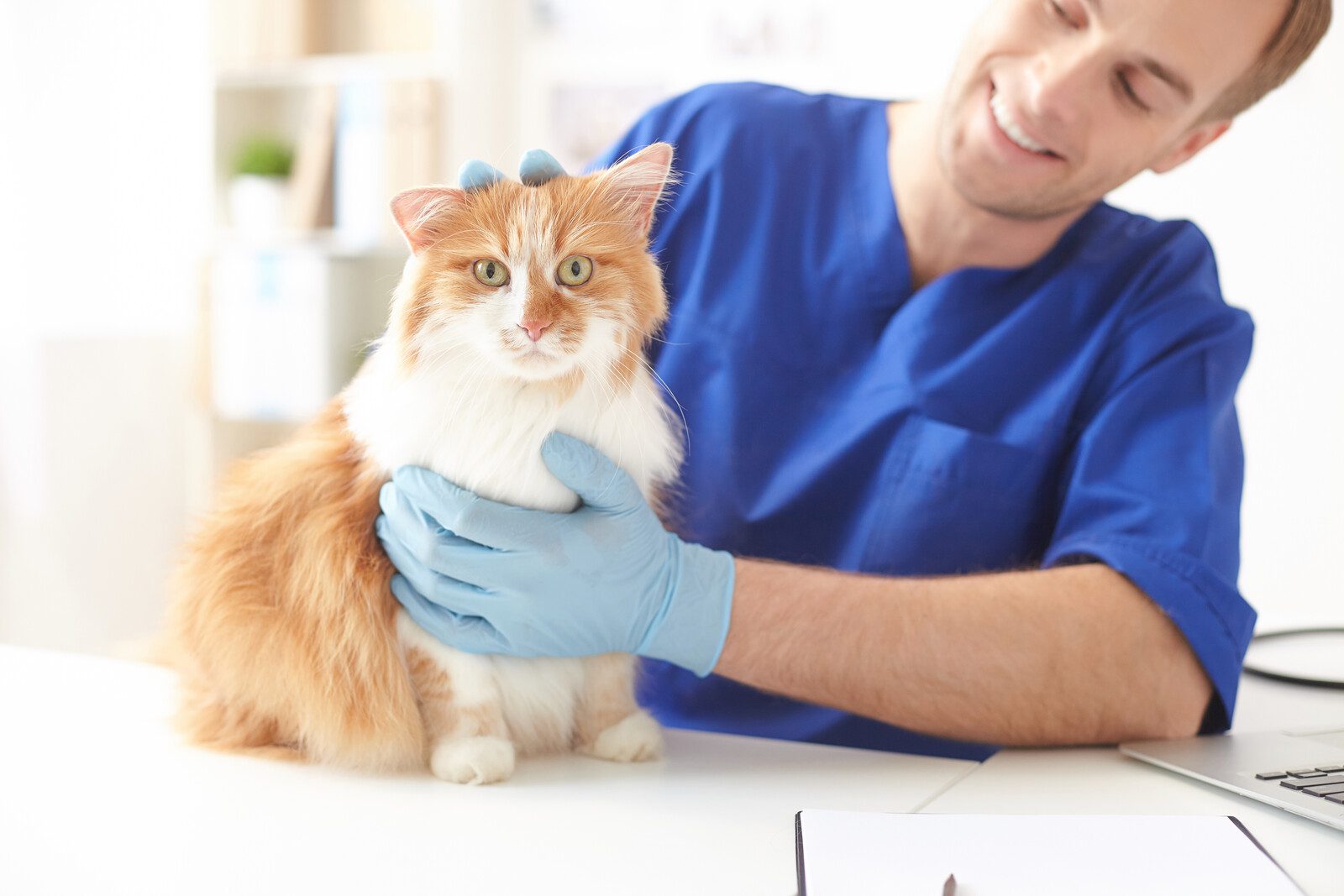 One winter I was staying with my godparent’s family in Birmingham, so that I could see practice nearby.

I was a student, harbouring a bit of a crush on the vet, Dave.

He always wore a pressed white shirt, with a wool tie, the ends of which he would tuck between the buttons of his shirt, to stop them dangling over what he was doing.

I knew he was out of my league, but he was rather pleasant to rest your eyes on, and I admired him as a professional mentor.

One day I asked my godparents if they would like me to arrange for Dave to give their elderly cat, Pepsi, a check-up.

Pepsi had a good life, pootling about their lovely Victorian home and decorating the various soft furnishings in the warmest spots. But they had mentioned that her appetite had been a little depressed recently.

Dave was relaxed about meeting this new friend. He gently eased her out of the box and took her into his arms. She responded with pleasure and I felt momentarily jealous of the ease with which she acquired what I had recently been dreaming about.

But then Dave placed her gently onto his table and started her examination.

The reason for her appetite issues was quickly revealed.

She had a big build-up of tartar on the crowns of her teeth. This was bound to be causing gingivitis and dental pain.

I was worried that Dave would propose an anaesthetic, but he had another plan.

He slipped his thumb into her mouth and used the thumbnail to push the tartar away from the gum. It fell off her teeth in enormous chunks. Pepsi was amazing and sat quietly, as if mesmerised by his charms.

I was impressed. It was such a simple solution. Pepsi was unharmed. Her mouth was not as perfect as if we had anaesthetised her for a full scale and polish. But in a few moments Dave had removed the source of her problems.

This can only be done for patients with really severe tartar, and gentle natures. But whenever I perform this simple task, I think of the happy memories of my days in Birmingham.