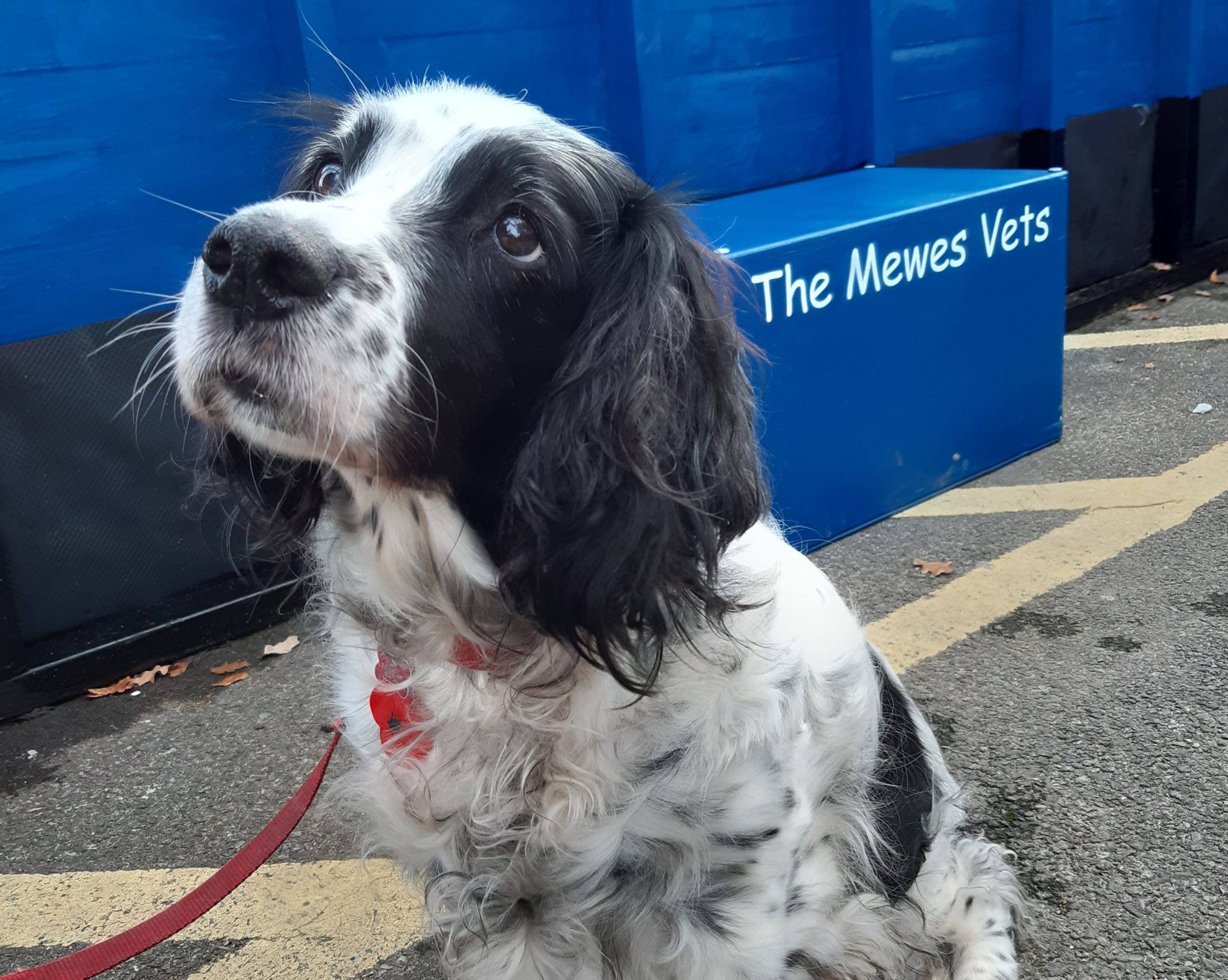 I bought some Aspods recently, and passed one to each of my team.

Mine is now proudly on my keyring, and contains two dispersible aspirin. I’ve been telling everyone that if I come across a person having a heart attack, I could improve their chance of survival with one tablet by 20 – 25%.

This stems from my annual first aid at work training update, which always guides my first aid training for pet owners.

Heart attacks are very rare in dogs and cats as they are far less likely than people to suffer from narrowed arteries due to high blood cholesterol. Pets are also less at risk of strokes than people for the same reason, but they can occur.

A more common emergency in older dogs, which I see as a vet, is a sudden attack of vestibular signs. Pet owners often think it’s a stroke, but it does not have to be.

One of my best friends, Bracken the springer spaniel has experienced two of these in the last months, recovering well each time.

She was chirpy as normal in the morning, then suddenly things seemed to change. She was walking like she had had one too many, all wobbly on her legs, and her eyes were flickering up and down.

Other dogs experiencing vestibular syndrome might be unable to stand, or curve themselves into contorted shapes, or turn repeatedly in circles and vomit. Their organ of balance is upset, making their world seem to spin.

There are many possible causes of these symptoms in dogs, from an ear infection to a brain tumour; inflammation of the auditory nerve or a small bleed into the brain; thyroid disease and hypertension.

We checked Bracken’s thyroid levels, which needed support, and her blood pressure, which was fine. We discussed whether a brain scan was appropriate, but decided to give her medical support for two days first.

Her rapid improvement told us that it was probably not anything too serious, and she is now back to barking at the bin men and begging for biscuits.

Aspirin would not have helped her in her emergency, but it was nice for me to be able to reassure her owner. The vast majority of cases of vestibular disease that I have seen have had an excellent outcome, with full recovery.