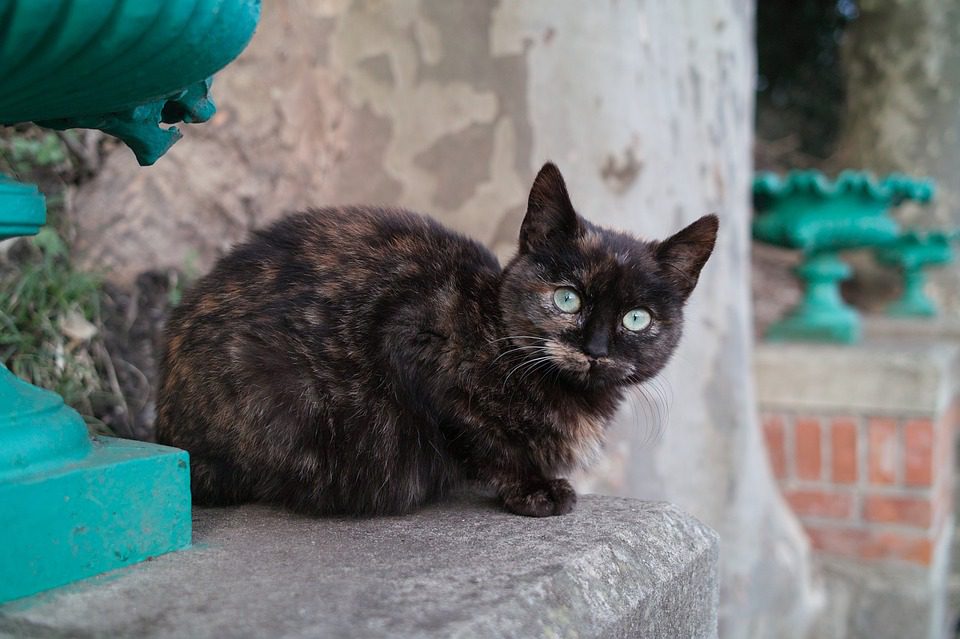 Four year old puss, Clover and her owner have a very special bond.

They are each other’s sole companions. Clover entertains herself whilst her owner works long hours, and gives lots of love when they are relaxing in the evenings.

But recently they moved house, and Clover went missing. After two days of searching, her owner finally found her, barely alive. She had misjudged the speed of the vehicles near her new home and had dreadful wounds to the head.

She was on my table in minutes. Her injuries were very nasty, including to her eye and a broken, badly infected jaw. We couldn’t immediately be sure whether the poor soul might have suffered brain damage too.

Her owner and I had a serious conversation about her chances of survival and potential future. I knew her best hope was a feeding tube to bypass the painful broken jaw, and time. She needed her jaw repairing at the least, but not until the infection was controlled, and people to feed her via her tube regularly. But her owner’s work shift meant she was unable to do this, and Clover was uninsured.

We agreed a plan that was hopefully going to be within budget, whilst giving her the best chance, and admitted her for stabilisation. We kept her going with liquid food direct into her stomach, controlled the infection in her fractured jaw bone with antibiotics via her feeding tube, and a week later we were able to wire her jaw back together again.

After three anaesthetics, and seven xrays, plus three weeks in hospital she is nearly recovered. She still needs her jaw wire removed eventually, and one eye is not as it was, but there is no sign of brain damage, and she is eating on her own and behaving normally.

Clover nearly didn’t get to celebrate Christmas this year. We are so very happy that we were able to rescue her, but the moral of my story is – consider pet insurance this year! You never know when you might need it.