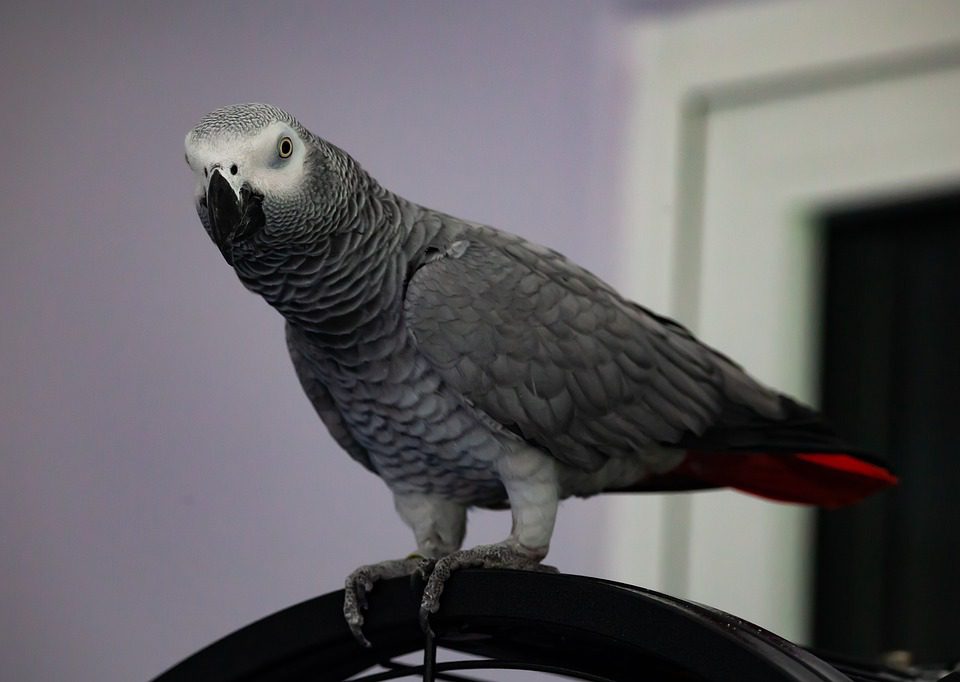 How not to pinion a parrot

Popeye had already escaped once by flying out of the window. They had been lucky to catch him quickly before he flew too far away to retrieve.

John asked Peter, the vet I was seeing practice with, to pinion the parrot. Then he could settle into his new home a bit whilst John built an aviary for him.

Peter explained that there are two ways to prevent a bird from flying. Some people use the term pinioning to mean the amputation of some of the digits and bones in the bird’s wing, which would require an anaesthetic and permanently prevents flight.

Peter said that he thought this was cruel, and John agreed that’s not what he meant. He wanted the vet to cut off the main flight feathers of the wing, temporarily unbalancing his flight until the feathers grew back in the next moult.

Once this was agreed, Peter’s nurse steadied Popeye, whilst he demonstrated how to safely remove some of the feathers from just one wing. There was no pain or bleeding as these are not living structures, except during a moult.

We were surprised to see him again the next day:

“Useless! Completely useless! This **ing bird can still fly! You didn’t do the job properly!”

It seems John had taken Popeye home and he had let himself out of the window again. This time he had not managed to fly very far, but still John was not pleased.

Peter apologised and offered to take some more feathers off. Having done this we decided on a flight test whilst still indoors at the vets. Only when we were all sure that he could not fly more than a few feet, and that only downwards did they humph off home again.

If you have an unusual pet, why not enter our Calendar competition? You will be helping a wonderful local charity, and might win a prize, as well as seeing your photo in our 2020 calendar! Go to themewesvets.co.uk/events for full details.