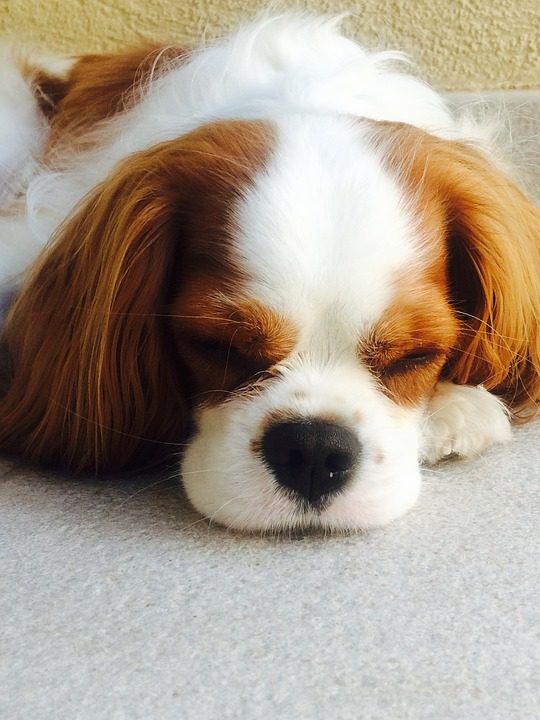 I used to know a family called Harris.

Not only were they delightful people, but they had a passion for Cavalier King Charles Spaniels. In their prime they kept five of these delightful pets, who were regular visitors.

The Cavalier has been a favourite pedigree for a long time. They generally have excellent temperaments, are gentle with children and other dogs, and are small enough to fit into most lifestyles. I have seen Cavaliers compete very successful at mini agility competitions, ears flying, fur flowing. And they have wonderful personalities.

But they do suffer with their hearts.

At one time vets would say that almost all cavaliers over ten years old would have a heart murmur due to mitral valve disease, and that forty percent of all ‘cavies’ die because of it.

So, as the Harris’ team got older, one by one at their routine check ups I would get that sinking feeling as I noted a heart murmur for the first time. We would monitor for symptoms such as breathlessness, an increase in the heart rate or coughing. We would start treatment, and Mr and Mrs Harris became experts at measuring resting breathing rates at home, and administering cocktails of heart medications.

But now there is hope that this disease might be preventable.

Last year the Kennel Club and specialist veterinary cardiologists, including one from my own cohort of vet students at Cambridge created a collaboration to see if they could improve things for this gorgeous little breed.

A pioneering scheme using both a stethoscope and ultrasound to visualise the heart’s valves and chambers in real-time as it beats was started in Denmark. The results were very hopeful.

Breeding Cavalier King Charles Spaniel dogs and bitches had their hearts screened, and only those whose hearts were healthy were bred from. This resulted in a 73% reduction in the risk of mitral murmurs in the next generation! A huge saving in suffering and vet’s bills.

The Kennel Club (KC) launched the same in the UK just this May. Hopefully, like the KC hip scoring scheme in other breeds, heart scoring for Cavaliers will become the norm before breeding. Then maybe mitral heart disease will become a problem of the past.