Jazzy and the crab 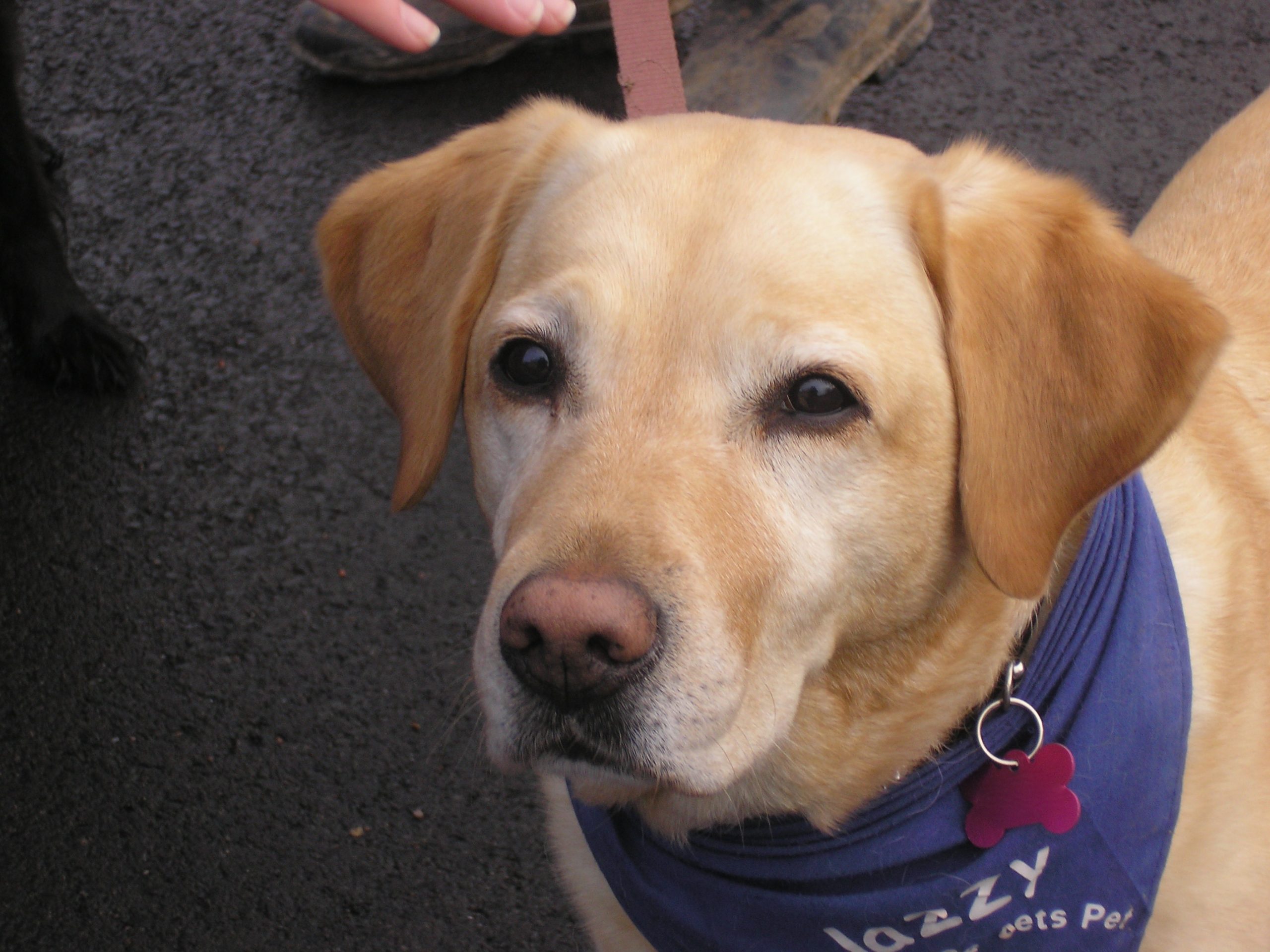 One summer a few years ago we took ourselves to a caravan park on the beach in Somerset. The days were long, hot and lazy, perfect for winding down.

One evening, as the sun went down we took Jazzy outfor a walk, exploring the beach. We were hopping from rock to rock with the tide far out when I noticed that we had left Jazzy behind.

She had obviously found something on the beach and was toying with it. I went to investigate and shuddered when I realised she had picked up a small dead crab.

My first thought was to check Jazzy was not at risk from a nip, and relief that I did not have to touch the creature to rescue her. But then a different thought crossed my mind. Should she really be putting raw seafood, warmed for hours in the sun into her mouth?

Luckily she has a good ‘drop’ command. Despite her visible reluctance to relinquish her prize, she duly dropped it on request, and we slipped her onto the lead to ensure she walked away and left it.

But later that evening she started to vomit.

At first it was only a little, but gradually she became literally as sick as a dog. And then the diarrhoea started too.

We were in a hired caravan, and were running out of cleaning materials. We gave up trying to sleep, stayed dressed and took it in turns to rush her outside as soon as she started retching. None of us got a wink of  sleep, and we felt so worried about her.

There was nothing for it. We packed up and got into the car, driving her home to where my own team could care for her. She went into hospital surrounded by people she knew, and we went to bed.

She quickly recovered, after an x-ray to prove she had not swallowed anything else, and some intravenous fluid therapy to rehydrate her. And in future, I will be reminding her that even if seafood is laid out on the menu, sometimes it is best avoided!