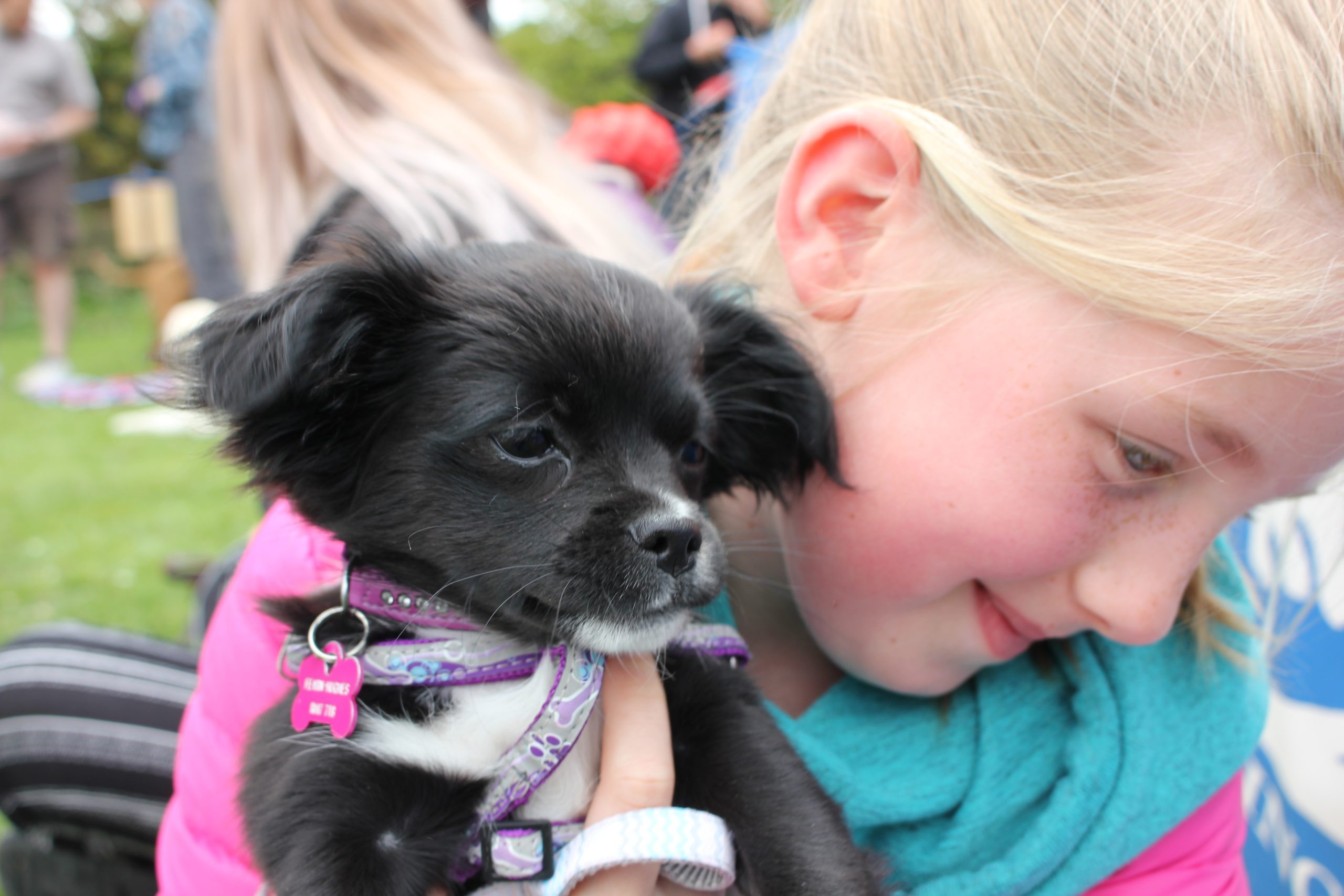 It was a big day out for Pebbles the Border Collie.

As she shyly took up her place among 25 other pedigree dogs in the ring she could hardly have known that her afternoon would finish with a Best in Show rosette.

Pebbles was the first and the last winner of the day at the Independent State of Cuckfield’s annual May Day Bank Holiday event, the Cuckoo Fayre this week. There was the biggest ever turn out of local families with their dogs, all hoping to win a red rosette.

“Thanks should also go to the volunteers from my team, who kindly give up their Bank Holiday to ensure that the Dog Show runs smoothly. But most of all, thanks to the dog owners of Cuckfield and beyond who came along to make this event such a tremendous success. I just wish that every one of you could have gone home with a prize.”

‘Most Handsome Dog’ went to Pupagano, one of only sixty Kromfohrlanders in the UK, a German dog bred for Agility competitions, and Annie the terrier cross was awarded ‘Prettiest Lady’. Another terrier, Doogie, stormed his was to ‘Waggiest Tail’, whilst sensible Pointer, Otto, heeled into ‘Child’s Best Friend’.

The fancy dress class brought out originality from the dog owners and laughter from the audience. Pupogano entertained with a wobbly Woody from Toy Story in the saddle, and Dumbo (aka Grace the Vizla) brought two clowns with him, but the top prize was taken by Chihuahua cross Pomeranian the tiny black Tip Toe as a bumble bee with her beekeeper friend.

The Mayor of Cuckfield, Leanne Knapman, kindly agreed to judge the top prize winners in the main arena at the end of the day, and gave Tip Toe Reserve, with Pebbles taking the top prize, Best in Show. Congratulations!