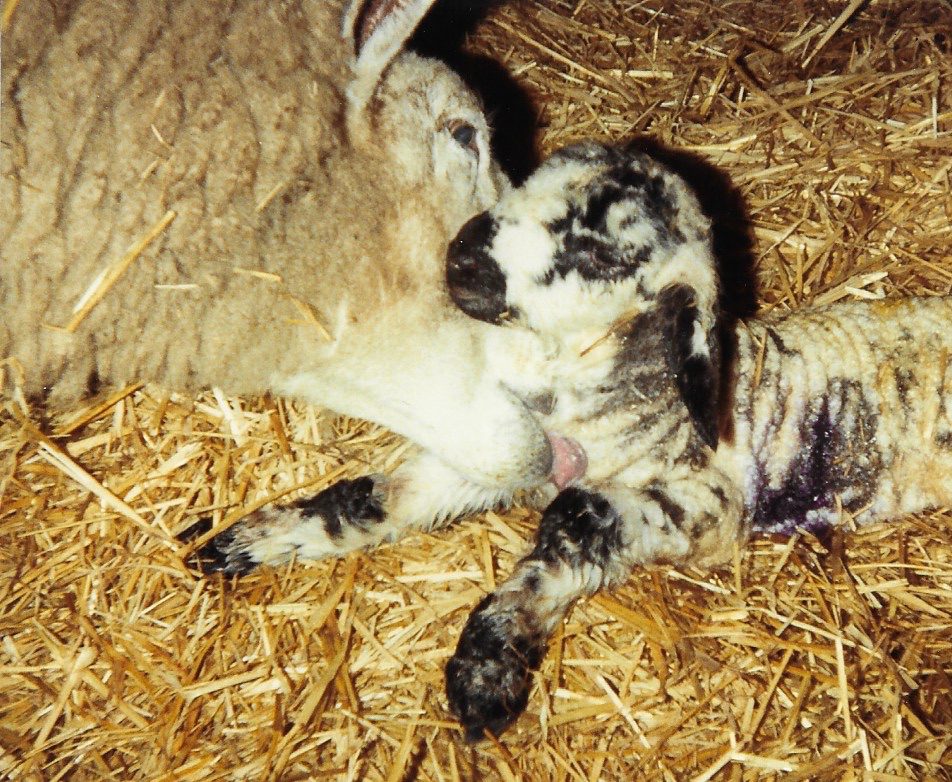 It was my first lambing season as a newly qualified Vet, and my patient needed a caesarian.

At least I was indoors, in the warmth, but her wool was so filthy I dare not take her into the operating theatre, that shrine to hygiene.

So I was on my knee, alone, shaving greasy wool from her heavily pregnant flank, using my left knee over her neck to keep her from rising.

Local anaesthetic in, I made my incisions through skin and muscle. I knew the lamb was large from my earlier failed attempts to deliver it via the birth canal. But disaster struck when I hefted the womb up from the floor towards me to deliver it. I felt my fingertip penetrate through the tissue of her uterus on the far side.

I went cold all over whilst terror clenched my heart. It had been drummed into us at Vet School never to allow this to happen.

No time to panic, my brain already presented the solution whilst my hands worked on.

I could tell that the hole in the uterus was small, and there was no way I could access it with the lamb still inside. Also, my priority had to be to deliver the lamb into the air so that it could take its first breath, as the labour had already been going on for some time.

I worked to deliver and revive the lamb as gently as possible, forcing my mind to ignore the alarm bells ringing. Then I could go back and suture up both the intended and the unintended incisions. With luck, not too much birthing fluids would have escaped into the belly.

Sure enough, once the womb was empty it was simple to roll it over a little to locate the hole. It turned out to be only a partial rupture of the outer layer of the uterus, so no birthing fluids had escaped, and the risk of peritonitis avoided.

Now the lamb was bleating quietly beside us, I took my time to mend her really well, and no harm done.