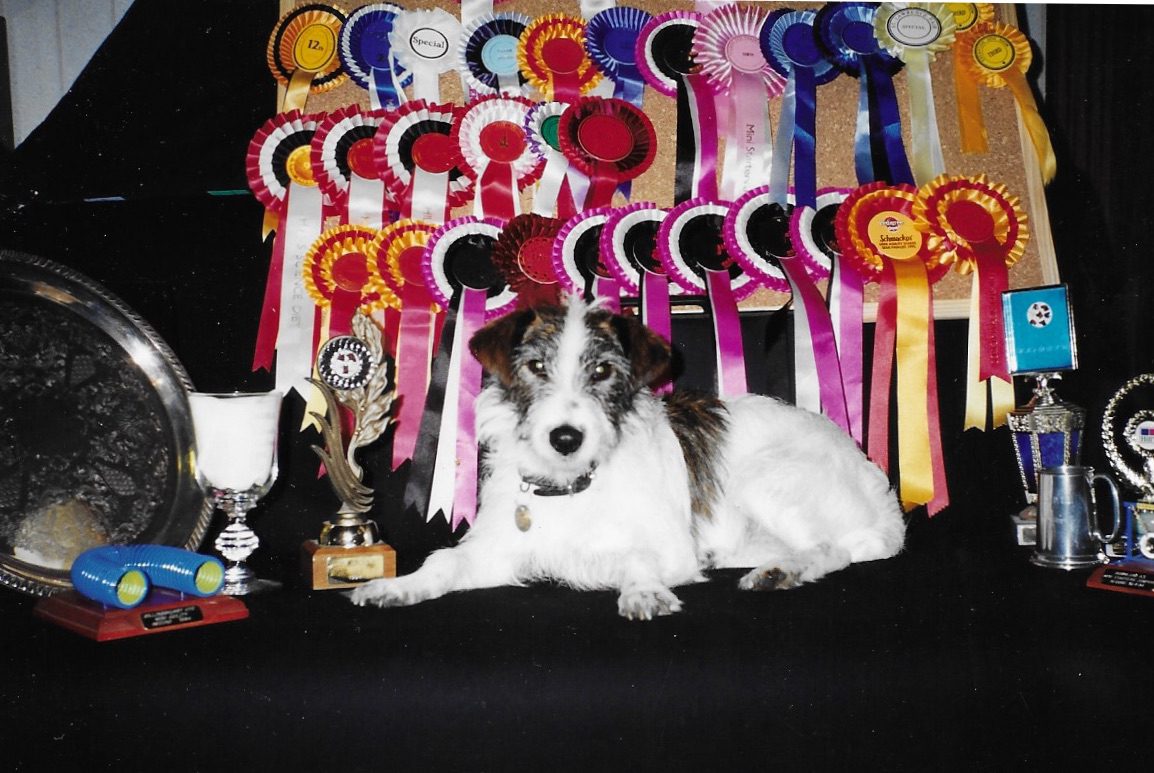 Crufts, probably the best dog show in the world, starts again today.
I have several patients who are anxiously preparing for their turn to shine in the next three days. We wish them tremendous luck.

I have never personally shown a pedigree dog, but I did have two competitors at Crufts several years in a row, when I was younger.

Pipsqueak was my first ever dog. He was a rough coated Jack Russell with a cute white stripe down his nose between two gorgeous soft chocolate and black ears. He had a matching saddle on his back.

As I was a dog-owning novice, I needed help training him, so I joined up to puppy classes with the Haywards Heath and District Canine Society. All I really needed was that he would come quickly when he was called, in case I needed to get to an emergency when I was the vet on call.

Pip and I enjoyed the classes so much that we progressed on to advanced obedience. He had this cute habit of sitting at heel looking up at me, ears pricked, one paw raised, ready for whatever came next. Then someone suggested agility. It took us a few years of regular training classes, but eventually we were ready to compete. Then I was hooked!

We loved the early mornings and the camaraderie of the other competitors with their dogs. It was always us against the course, never any difficult politics between competitors. One day, Pip and I won a knock-out competition. We discovered that this had qualified us to compete at Crufts. We were overjoyed and started planning a long weekend in Birmingham.

It was terribly exciting. I had a special outfit to wear, and the arena was heaving with atmosphere. We had trained hard for years, perfecting jumping, turning, weaving and lying still on command. We entered the arena with high hopes.

Sadly, we were also-rans. Pip experienced stage-fright and spent the time he should have been whizzing round the course gazing up at the crowd, suddenly deaf to all commands from me. But it was magical. Do try to go, if you can.