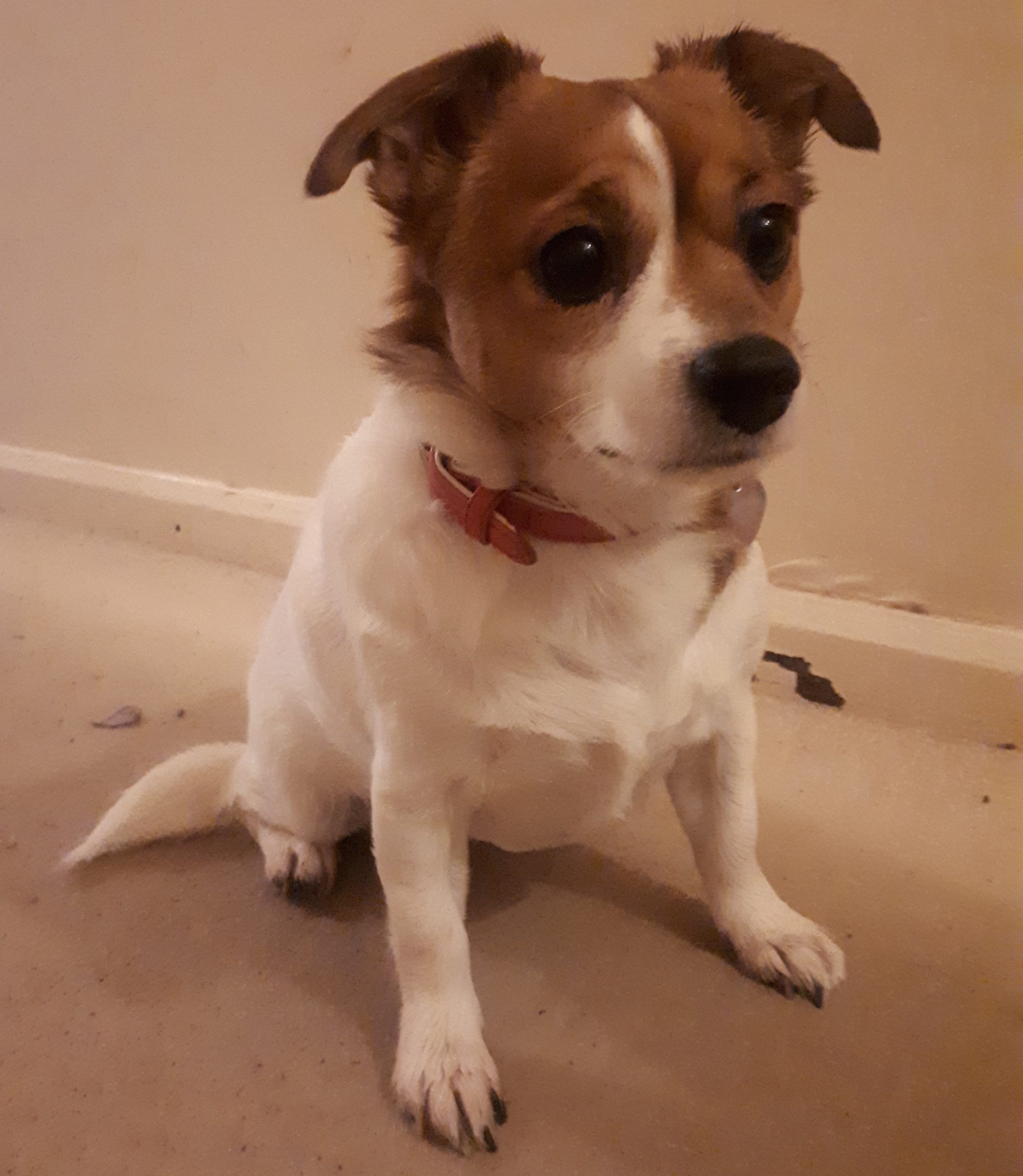 Just last week a special friend popped in to see me.

She is a white, brown and black chihuahua cross called Cleo. Her whole body was wagging, and her eyes were sparkling as she tried to reach my face to kiss me.

But twelve months ago things were very different.

I remember being taught at Vet School that ‘common things are common’.

What the teacher meant by this was that it is much more likely that a Vet will be presented with ordinary common disorders than extremely rare ones.

But the proof of the maxim is, of course, that occasionally very rare things crop up too. Some so rare that you have never even heard of them.

Poor Cleo was four years old when she suddenly became unwell with a few sneezes and swollen glands in her throat. The two most common possibilities were a virus infection or a foreign body up her nose.

When she failed to improve, I decided to operate to see if I could locate a foreign body and help her to get better. Instead she got a whole lot worse.

We asked a specialist why that might be, and discovered that she probably had auto-immune sialo-adenitis. An auto-immune disease is one where the body’s own defence systems decide to attack a part of the body’s own systems, resulting in devastating consequences. Her immune system was attacking her salivary glands, which oozed like weeping sores.

Luckily, once we discovered the likely problem, we were able to offer her doses of corticosteroids to persuade her immune system to calm down.

She was a very frequent visitor for months, as she needed her face bandaging up over and over again. And although she must have felt poorly, and lost a great deal of weight, she never failed to try to kiss any team member who came into range!

It was brilliant to be able to celebrate her full recovery last week, and to remind myself that although common things are common, sometimes really unusual things happen too.