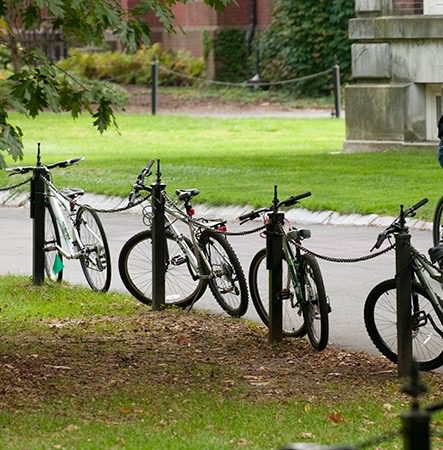 At this time of year, my thoughts return to memories of my early days at University.

My first two years at Vet School involved taking many of my lectures with the students training to become doctors. We shared Physiology, Biochemistry, Pathology and Pharmacology lecture halls. Only for the Anatomy classes were the Veterinary students separated from the Medics, as we called them.

We Vet students were hugely outnumbered by the Medics, with just fifty odd of us to their three hundred plus.

Our days started early with the mad rush of scarf-wrapped figures pedalling along cobbled streets to ancient theatres. Here, in front of enormous blackboards we would watch a white-coated serious-minded lecturer attempt to impart their knowledge to hundreds of fidgeting spotty students, layered up in tiers behind long curved wooden work benches.

I tried to write down every word spoken by the lecturer, fearful of missing an important detail. One day I became fascinated by the note-taking of a Sikh seated beside me. His piece of paper was sparsely covered in what I imagine were key words, some encircled, others joined by arrows. He explained that he was drawing a mind-map, but how this helped him later to pass his examinations, I have no idea!

Distractions are always an issue when you are studying a less than scintillating subject.

One day I became fascinated by the back of a lad’s head. He had a short hair-cut, but had shaved out the message ‘666’, the numbers as large as possible to still fit onto the back of his skull,  so that it was clearly visible above his neckline. I had a feeling that this number had something to do with the Devil, and I spent far too long speculating why he had chosen this unusual style statement, and how he had achieved it.

I never saw the lad again, or, if I did, I failed to recognise him without his unusual haircut. I wonder if he is an eminent physician or surgeon, maybe an anaesthetist or a much-loved community GP? Or perhaps his statement led to a further rebellion, or a drop-out from academics. I will probably never know.