The Challenge of Horse Riding 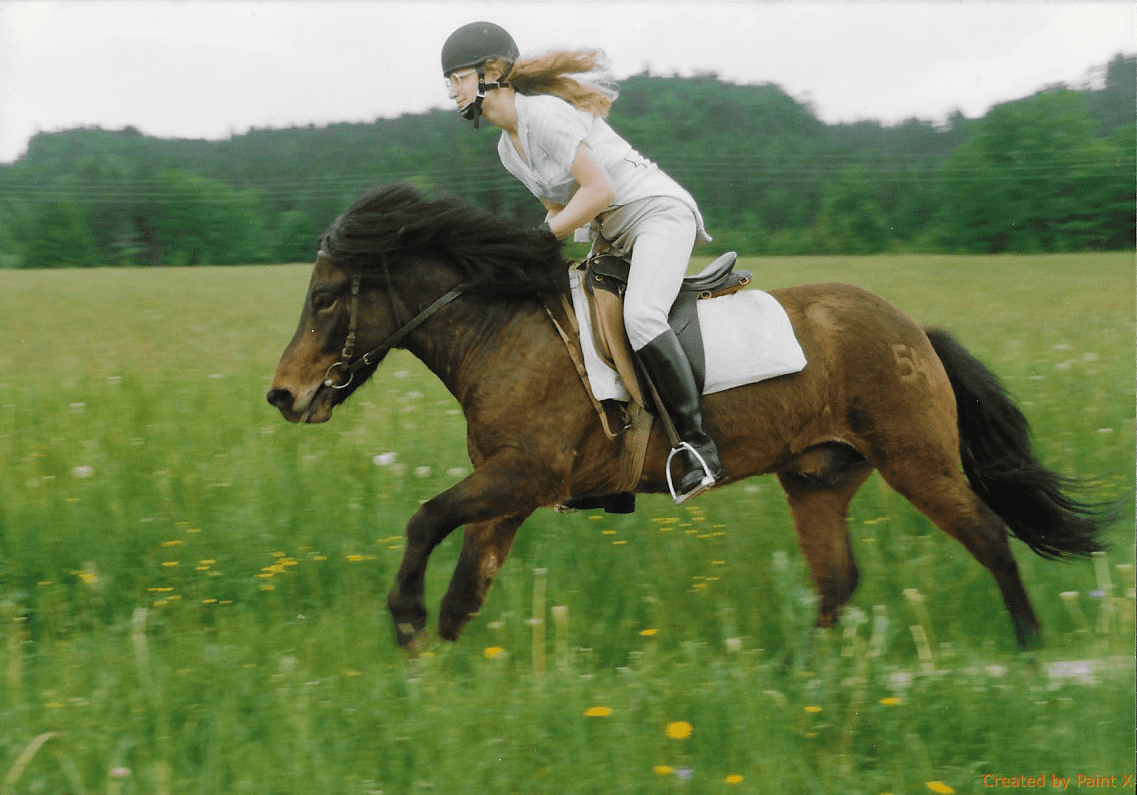 My brother, Alastair, had hopes of becoming a jockey, and on leaving school joined a racing yard in Somerset as a lad.

I summoned up the courage to ask whether I might be allowed to ride out one day.

I arrived at his tiny mid terrace house, built on a very steep hillside. There were twelve steps down between each front door from the road.

The next morning I was boosted up onto tens of thousands of pounds worth of potential champion. The saddle might as well not have existed, and the stirrups were adjusted so that my knees nearly met over my mount’s mane.

I knew the theory of standing up in the gallop, had watched it a thousand times. I had even laughed as my brother practised his stance at every opportunity when we were still living at home. But the reality was so different.

The muscles of my thighs were complaining when we were only half-way up the exercise hill. Somehow I survived, and was powerfully grateful that my steed was happy to slow down and stop without much guidance from me.

We began a slow saunter back down the hill, relaxing. It was all over.

But then I noticed that earlier groups of horses were breaking away from the circling crowd and going up again. I could not possibly do that again, my legs were already like jelly! But I was then informed that we had two more gallops to do. I was in serious trouble!

Luckily, I did not actually fall off, and my noble steed remained noble: following his mates and pulling up when they did. By then end I was shaking with exhaustion.

I went back to my brother’s home, whilst he went on to repeat the whole exercise on three different horses. I slept like I had been felled.

The next day it was time to go. Luckily Alastair had already left for work. My car was on the road, four doors up. I exited his house and attempted the first step. I could not straighten my back nor lift my leg I was so stiff! It took twenty minutes to gradually ease my way up that hill. If he had been there he would have been crying with laughter!