A day out at the seaside makes a wonderful family memory 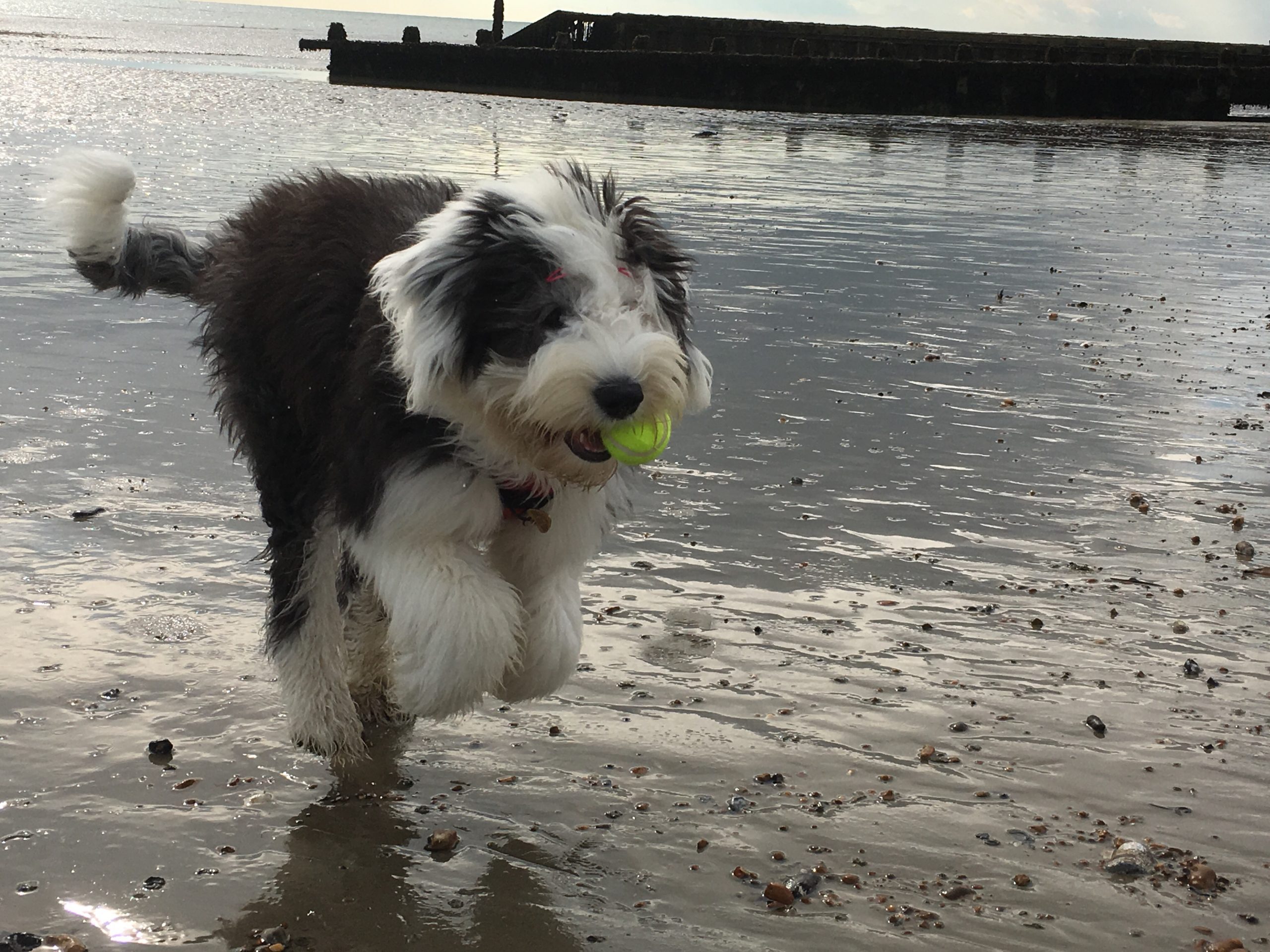 Unless something goes wrong. Sammy’s owners decided to take her for a day out in Newhaven one summer many years ago. A sleek speed merchant, she was young and full of life, and had a particular joy in seeing off the birds from the fields near her home in Ditchling.

I was on call that beautiful warm summer’s day. I was deeply shocked by the phone call I received.

“Sammy’s gone over the cliff!”

At first I thought they were asking me to attend from my patch in Mid Sussex to a seaside emergency. But it emerged after a little gentle questioning that Sammy had already been retrieved from the bottom of the cliff, carefully placed in the car and they were already half-way to my Clinic.

I shot over there fast, meeting them in the forecourt.

Incredibly I could find no injuries. She was wet and covered in foliage. She was still limping from a previous wrist injury, and flinched in many places, almost wherever I touched her. But her mental state was fine, she passed her neurological examination, meaning her spine was intact, and I could find no broken bones nor any signs of internal damage or bleeding.

She had been chasing those pesky seagulls. With her eyes raised to the sky she had joyfully charged along the cliff edge, failing to notice that, unlike her home territory, the cliffs tend to end rather suddenly.

It must have been a terrifying experience both for her and her owners. She was incredibly lucky to go relatively unharmed apart from some bruising, and she healed completely.

However, I know from chatting with my seaside colleagues that other dogs who make the same mistake are not always so fortunate.

So, if you decide to take your canine pal for a lovely walk along the cliffs – remember Sammy, and rethink your plan if you want them off the lead. Or else go, have fun, but keep your dog on the lead when your are within a sprint of the edge!