Learning more than I wanted about germs 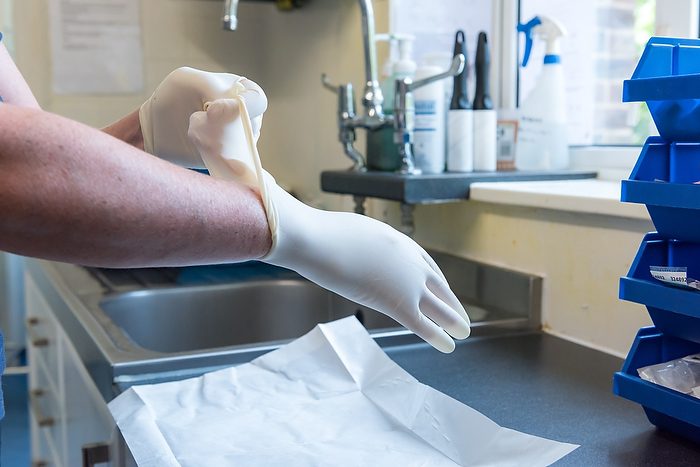 I was being shown around a government Pathology Laboratory, and, as a lowly first year Vet student, I swelled with pride to hear myself described in this way by its Director, a Vet with many decades of experience.

Especially as, secretly, I was very aware I had done little to deserve this accolade.

I was on a two week compulsory work experience stint, smartly outfitted in my neatly laundered white coat. But I was several hours late, having partied hard at the weekend.

My boyfriend’s 21st had taken priority over the dreaded imprisonment with rows of microscopes and petri dishes. I most sincerely disliked our Pathology practicals at Cambridge, and found that gazing down a microscope for even short periods made me feel sea-sick! And I was rather the worse for wear.

Perhaps the Director remembered his own youth. Having walked me round the building he settled me in the Library, where the sun was beaming in through the windows, with instructions to read the Health and Safety rules.

Having just driven for four hours through the Monday morning traffic with a bad hangover, the task was beyond me. I promptly fell asleep.

The Pathology Lab in those days was where we Vets sent all samples to diagnose illnesses, including urine, faeces and even whole carcases from farms with mystery illnesses. Looking after the hand washing and glove wearing were really important.

So imagine my distress when two days later I came down with a severe stomach bug. I was terrified that I might have caught some ghastly infection: I might even be the first human case in some new epidemic, I thought, as I vomited whilst I trying to get ready in my digs.

However, common sense gradually returned. I remembered the frozen chicken meal I had eaten the night before. Now that I thought about it, maybe it had not been clever to bring that on a four hour car journey in the blazing sun, re-freeze it and then cook it. It had seemed a bit under-cooked too, now that I cast my mind back.

I had managed to give myself a classic dose of Salmonella food poisoning! How very appropriate!