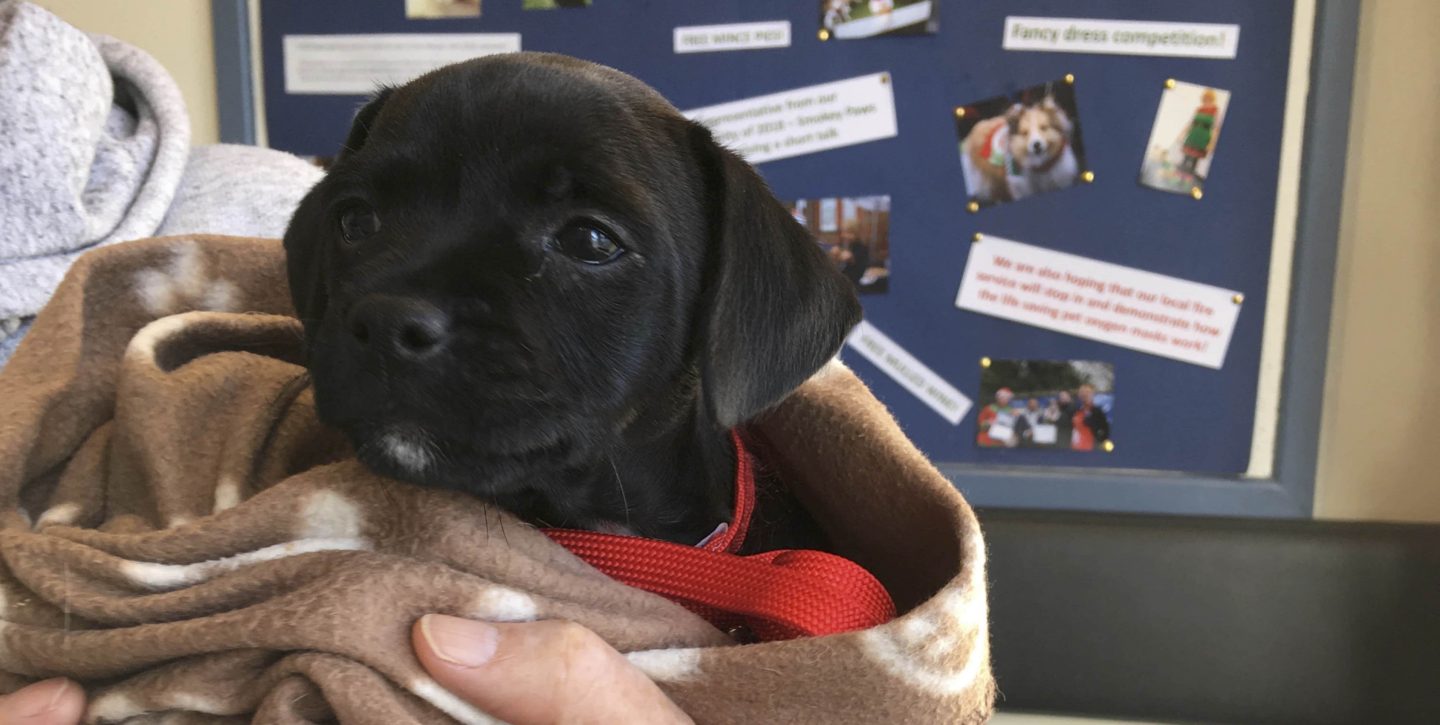 A lovely litter of puppies had arrived, with their proud mum. She was a charming short-coated cross-bred terrier, and kept a close eye on me as her owner explained that one of the pups had a swollen eye.

The puppies were only eight days’ old, and had been progressing really well, blindly exploring their nest and growing tubby bellies from their mum’s milk.

The ill puppy was easy to spot as the closed eyelids were very tense over his obviously asymmetrical eye area. He was snuggled in the pile of contentment that was the sleeping litter. I rubbed my hands over his mum’s coat before carefully lifting him away.

I suspected that he had an infection between his still closed eyelids and the eyeball, and knew that the pressure building up could severely damage the still developing eyeball. I had to release the pressure, check my diagnosis, and treat the infection.

I was fresh out of college, and acutely aware of my limitations. I had a ton of book-learned knowledge, and some experience gained from observation, but now I was qualified and the one having to make the tough decisions.

At that point, I had no shame in confirming by suspicions by first checking in a textbook. The book confirmed that I needed to get those eyelids to open.

I sent the mother and the rest of the litter out of earshot, as there was no purpose in potentially distressing them. Then, extremely carefully, I separated the upper eyelid from the lower. Tears were streaming down my own face, as I felt so distressed at this premature opening.

However, the task was simpler than expected. Perhaps the pressure behind the lids had done much of the task for me, or the pup was simply on the point of opening his own eyes, but they parted with no visible reaction from the sleepy pup. A large glob of yellow pus appeared, which I bathed away.

It was now a simple task to manage the infection on the surface of the newly revealed eye using eye drops regularly.

This still remains my only case of neonatal conjunctivitis I have ever seen, but it stayed in my mind, as eyes are so very precious and sensitive.