From little tabbies to ferocious lions, felines suffer from tooth pain too 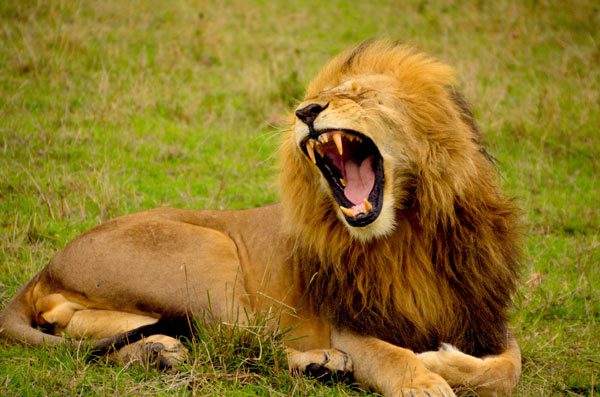 As a kid my favourite outing was to the Safari Park. My Mum would whip us through the animal areas as fast as possible, not being very keen on animals, but I treasured every second of every encounter.

One special day we were parked up in the lion enclosure, watching the lions sun themselves in the distance. Then a large black maned male dragged himself to his feet, and sauntered over to our beige Fiesta. We children were squealing in wonder as he passed level with our closed window, but he was unimpressed and walked away affording us a close view of his departing rear.

Nothing could have prepared us for what happened next: he lifted his tail and emptied his bladder forcefully onto the front windscreen of the car! We ducked and yelled, unharmed but insulted, then collapsed into hysterics. My mother had no thought other than loads of buckets of water!

I have only had a few close encounters with a member of this most majestic species. My next experience was a lot more clinical.

We were in Florida, attending a World Veterinary Conference. One of the special outings that had been arranged for foreign attendees was a behind the scenes veterinary tour of Animal Kingdom. I loved this experience, and was especially entranced to be able to view a veterinary team performing a dental procedure on one of their lions. I happened to be standing at the bottom of the table, where one magnificent paw was exposed from under a blanket. Even under anaesthesia there was menace in the size of those claws.

I was fascinated to discover then that one of my daily enemies was also an issue for this king of beasts. It seems that a lion is cat enough to experience ‘resorptive lesions’ like their pet cousins. The zoo Vets had had no idea how sore his teeth were until he was anaesthetised, he had concealed his pain so effectively.

I constantly find myself explaining that there are only very limited ways in which a cat or dog can express toothache, but that most opt to ignore it, rather than risk seeming weak and losing their place in the hierarchy. So, it’s up to me to spot and resolve their problems for them.

As owners, it’s often difficult to tell whether your pussy cat is having teething issues, so it’s well worth bringing your cat along to have a dental check. For more information, feel free to contact the team at The Mewes Vets on 01444 456886.

Published in the Mid-Sussex Times on 16th February 2017